We have been actively participating in Esports for almost 25 years now. There has probably never been such a fast spread of a sport across almost the entire globe. This was made possible by the rapid technological development and the spread of the Internet.

Let’s start with the central element of sports – the athletes.

Anyone Can Do Esports

What has made esports so popular and will continue to do so in the future is that all players are equal as human beings. Really equal. There may be differences in gaming gear, but otherwise, there is no division based on culture, race, or gender.

In traditional sports, there is often historical clustering of people with specific characteristics.

In competitive gaming, there are, of course, age restrictions for certain games, but there is no barrier beyond that to simply playing along. Multiplayer gaming today requires the Internet, and with a connection to the World Wide Web, a player immediately moves internationally.

Yes, there are regional reservations about players of certain nationalities, but that doesn’t hinder the practice of Esports.

In athletics, there is an increased distortion of competition due to trans athletes. The difference in physique between men and women leads to different classifications. In addition, there are separations based on age or body weight.

None of this exists in Esports. A 16-year-old can win against much older opponents.

And it doesn’t matter at all whether it’s a boy or a girl.

I know there are exceptions to this point. For example, karting, horse riding, and other more exclusive sports can be very expensive in initial costs and maintenance. However, if you look at the mass of all traditional sports, the initial purchase costs are far less than what you would have if you want to become a professional player in Esports.

Okay, let’s not consider that players in all sports get paid a lot for their equipment by sponsors. Let’s just take the initial costs or the entrance barrier.

A few examples from traditional sports:

What does the equipment for football cost? Between $1,000 and $2,500. I’m talking NFL standard here. In the lower leagues, you can certainly get in with a lot less.

What is the cost of equipment for a professional tennis player? $1,000 – $2,000. Again, it’s about the competitive game and not the casual player who goes to the tennis court with a racket and a handful of balls.

What does a professional basketball player’s equipment cost? $500 – $1,000. Many other sports in athletics (running, jumping, long throwing sports) cost even much less to purchase the equipment.

And now for comparison, the equipment for an Esports athlete:

We’ll correct the skewed picture in the next point, but let’s keep it in mind: You have to dig a bit deeper into your wallet for professional equipment to be on par with the competition technically.

If you’re reading this and thinking to yourself that it can’t make that huge of a difference whether I’m playing with a $50 headset or a $150 headset, let me tell you:

The difference looks like cheating from the player’s perspective with a $50 headset.

With higher quality audio, a professional player can hear precisely where opponents are, what surface they’re walking on, or where they’re shooting from. So that’s money well spent.

Little to no Travel Activity in Esports

Now we turn the previous point around a bit. Traditional sports usually have much higher running expenses at the professional level.

Esports only involve a small amount of travel or movement.

There are no home and away games where you have to use buses or planes to transport an entire team over long distances. However, there are occasional events where that happens, for example, at world championships. A professional player plays either from home or, in the case of larger Esports organizations, from a provided gaming location.

So in this day and age, it might be worth mentioning that Esports has a relatively small Co2 footprint, even when electricity is included in the calculation.

If you want to read more about the Co2 emissions of video gamers compared to traditional sports, check out this example. In this blog post, gaming is compared to hiking. Spoiler: If you want to save the environment, don’t go hiking.

Traditional sports have one strength that esports still lacks.

To be fair, though, it has to be said that this strength is slowly emerging, and esports is still a baby compared to long-established sports.

In almost all traditional sports, there is an association or club system that promotes youth development.

Or the schools take over the task of scouting new talents. Even in amateur leagues, athletes can concentrate almost entirely on their sport and receive comprehensive support.

I don’t know if there are already scholarships for esport athletes, but it’s just tough to concentrate on your sport when the pressure to earn money somehow is high and increases steadily with age.

Currently, the structures in Esports are very dynamic.

When a new game is launched, the publisher initiates a league or a big event. Whether the publisher continues this format over several years or even decades, such as League of Legends, or the game develops such a large community with many organizers like CS:GO, that is always a surprise for the players.

A young player can hardly build his future on that.

So, in most cases, there is a lack of ability to plan a career due to very dynamic structures.

Focus on Self-Motivation in Esports

A bit of this point belongs to the one before.

Whereas in traditional sports, there are always coaches available immediately – often voluntarily – in Esports, there is only such a thing when you are already under contract with an Esports organization operating on a professional level.

Until that point, a player has to be incredibly self-motivated to work on their mechanics, playing style, and mental skills over several years.

Here, Esports is still totally in its infancy.

That makes it all the more important for an ambitious player to find a stable team as quickly as possible, one that develops each other through analysis, criticism, and training.

Only when major sporting events take place, do they become continental or international.

In esports, you always connect to a game server in a region with many countries.

Tournaments and leagues with prize money also usually take place multi-nationally. There is a rough division between North America, South America, Europe, and Asia, but no one is surprised when Chinese people appear on a North American server. Or when Brazilians play in Europe.

As mentioned above, everyone is equal in esports.

This naturally leads to a beautiful role model function that extends not only to fair play but also to anti-racism and anti-sexism. There are many examples where the gaming community has shown some immediate backlash – even in individual cases – when these values are violated.

Without English, You Don’t Get Far in Esport

Esports is always multicultural and international. If a player doesn’t understand the spoken language in voice chat, everyone immediately switches to English without exception. In traditional sports, which are sometimes only played locally, this is only necessary for sports marketed worldwide by the media. But then usually only in the very highest leagues. Some Olympic gold medalists don’t know a word of English.

My thesis: Esports is even more unifying than traditional sports.

Hopefully, this point will fall away as soon as Esports becomes an Olympic sport in some form or is recognized as a real sport by all countries in the world. Currently, Esports is recognized as a sport in these countries: United States of America, South Korea, China, Finland, Germany, Ukraine, Pakistan, Thailand, Russia, Italy, Brazil, Nepal, Indonesia, Turkmenistan, Macedonia, Sri Lanka, South Africa, Serbia Uzbekistan, Kazakhstan, and Georgia.

Even though most people under the age of 50 have come into contact with computer games and many have incorporated them into their everyday lives, Esports still has something of a niche existence.

In Europe, on regular television, Esports simply does not exist.

In schools, video games are still avoided, and even gamification as a learning method is rarely considered.

However, the development of the last 20 years gives hope. In the previous five years, in particular, there has been decisive progress towards mass suitability.

Large sports clubs have founded Esport departments, and more and more companies want to appear as sponsors in Esport.

Currently, Esports is still far away from the social recognition that is given to traditional sports, but two things suggest that this will change quickly:

1. There is hardly an industry in the world growing as fast as the gaming industry. For more information, take a look here:

2. for digital natives, video gaming is a typical hobby and sport like car racing, tennis, or marathons.

If you play Esports, you can always play another discipline with the same equipment.

Some sports change little things at shorter intervals. In racing, for example, rules change almost every year. The game can change completely from year to year in some professional esports leagues, like Call of Duty. As a professional, you have to be able to adapt to that.

However, pro gamers currently pay for the high dynamics with a relatively short career. We have written about it in this post: 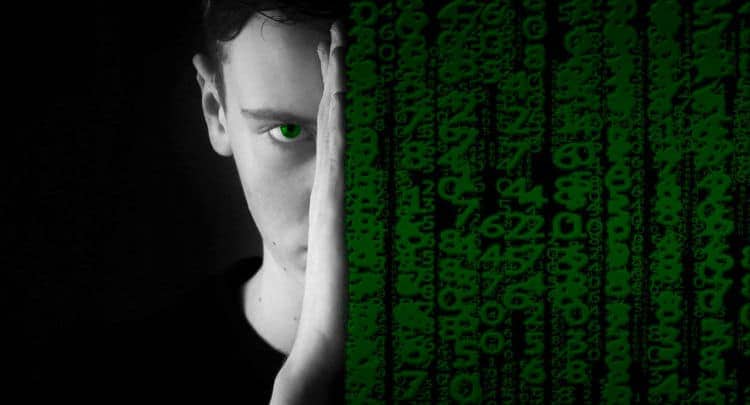 We do not want to represent a battle between two worlds here at all. Traditional sports have the same right to exist as esports.

In some disciplines, there may be a transition from the physical to the virtual.

Why should chess players still have to face each other physically?

In other disciplines, there will simply be a dual naming of world champions.

Ultimately, these athletes have a completely different skill set but love the same sport.

And then there will be utterly wacky esports that may only happen in your head with virtual reality. Why not?

Let’s look forward to the coming years and the development of Esports. We live in an exciting time. Why Are There so Few Female Pro Gamers in Esport?
Read More
raiseyourskillz.com