A screenshot in Overwatch 2 is created to archive or share an outstanding game result or experience for yourself or others. These in-game screenshots are often shared in social media channels and chats. Sometimes, however, this does not work. I really don’t know how many times I’ve desperately tried to get a quick screenshot in over 35 years of gaming, but two hands are certainly not enough to count.

This post will show you how to take screenshots in Overwatch 2 and answer several other questions about the topic.

Can I Take a Screenshot in Overwatch 2?

Overwatch 2 does not provide in-game functionality for screenshots. Screenshots can be taken using Windows functions, graphics card functions, or screenshot tools. When taking a screenshot, Overwatch 2 must be running in Borderless or Windowed mode. Otherwise, a black screenshot is an unwanted outcome.

What Are The Possibilities of Creating a Screenshot in Overwatch 2?

Generally, the print function of the Windows operating system can create a useful screenshot. Screenshots can also be created via the Game Bar in Windows 10/11, the graphics card, or 3rd party tools. Some possibilities can put stress on the system.

NVIDIA’s overlay also has a screenshot function. AMD offers a similar tool. When the overlay is enabled, a screenshot can be created with the hotkey combination ALT + Z.

The last option is to install a 3rd party tool. For example, the open-source tool XShare is remarkable, with many specific functions.

Which Options to Create a Screenshot in Overwatch 2 Do Not Work?

Where to Find Overwatch 2 Screenshots?

Generally, screenshots are located in the user’s Windows 10/11 pictures folder. Depending on the method used, screenshots are stored in another defined location on the file system. Mostly the default storage location is editable.

Can I Change The Default Location of Overwatch 2 Screenshots in Windows 10/11?

The default location can be changed within the properties of the user’s picture folder. In addition, the user can define any folder as a new location as long as he has the necessary permissions.

Which Filetype Are Overwatch 2 Screenshots?

Which Resolution Do Overwatch 2 Screenshots Have?

Generally, the screen’s resolution corresponds to the captured resolution of the screenshot. The DPI number is a maximum of 96 PPI. Interpolation in a graphics editing program and with a higher screen resolution can achieve a higher resolution.

Can I Change the Resolution for Overwatch 2 Screenshots?

Why Are My Overwatch 2 Screenshots Black?

Generally, screenshots always work in Borderless or Windowed mode. In the fullscreen mode of the game, the capture of the screenshot is blocked. The result is a black screenshot. Another mode can be selected in the graphics settings of Overwatch 2.

Can I Take an Overwatch 2 Screenshot From a Part of The Screen?

Can I Print Overwatch Screenshots?

A screenshot in Overwatch 2 should be captured quickly and be available immediately in good quality.

In this post, we have shown you what is and what is not possible with screenshots in Overwatch 2.

However, if you want to take screenshots in the middle of a match in Overwatch 2, it’s better to take a screen capture with tools like OBS. The video footage can then be used to create frame-accurate screenshots afterward. This way, you can concentrate on the game and pick out the best scenes later.

The simple resolution of 96 PPI is sufficient to share the screenshots on the Internet. However, suppose you want to print a screenshot, e.g., a poster. In that case, you should set the screen resolution to the highest possible setting and increase the resolution (interpolation) with a graphics program to 300 PPI. Of course, this will shrink the overall size of the image, but you will get a sharp printout.

And now, go on to the next victory in Overwatch 2, and don’t forget to take a screenshot! 😉 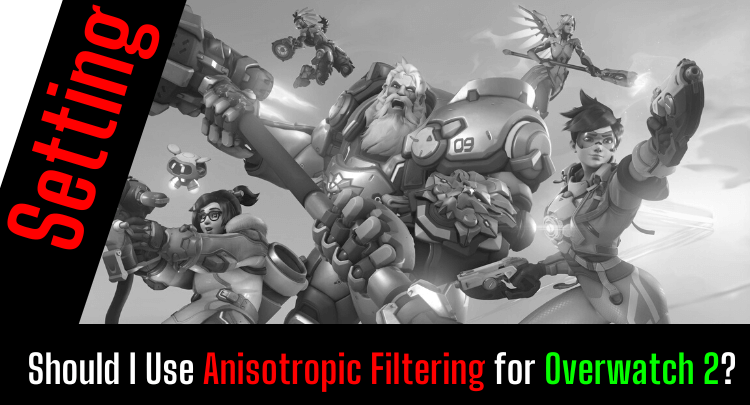