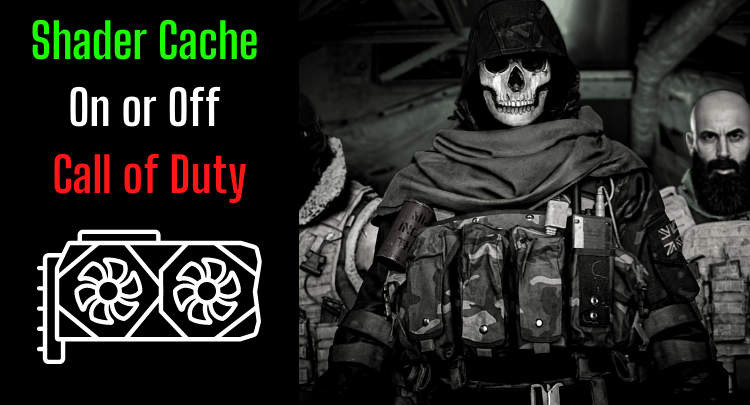 Most Call of Duty players don’t know what the shader cache does and wonder if it should be used. Since we’ve been dealing with NVIDIA graphics cards, I think from the turn of the millennium, and we’ve been asking ourselves every game whether it’s better to disable it or not.

In general, for FPS games like Call of Duty, the shader cache prevents stuttering, reduces load times, and generates textures optimized for the graphics card. However, activating the shader cache can also lead to negative effects depending on the hardware used. Furthermore, there can be performance losses if the game does not support the shader cache.

We have already dealt with various setting options on our blog, and here you can find our previous articles on these topics. Today we will talk about the Shader Cache in the context of Call of Duty.

Activision is a close partner of NVIDIA, and of course, Call of Duty supports this very basic technology. Unfortunately, there is no option to influence the shader cache in-game. Instead, the shader cache is managed via the NVIDIA control panel.

Why Is Shader Cache Important for Call of Duty?

FPS Games and especially Call of Duty calculate frames in real-time. Therefore, many components are involved in the rendering of a frame.

Should I Use Shader Cache Or Not in Call of Duty?

So if you have an SSD hard drive (and pretty much all computers do now), you should use the shader cache, especially for an FPS game like Call of Duty.

Should I Disable the Shader Cache on an HDD for Call of Duty?

Final Thoughts on Shader Cache for Call of Duty