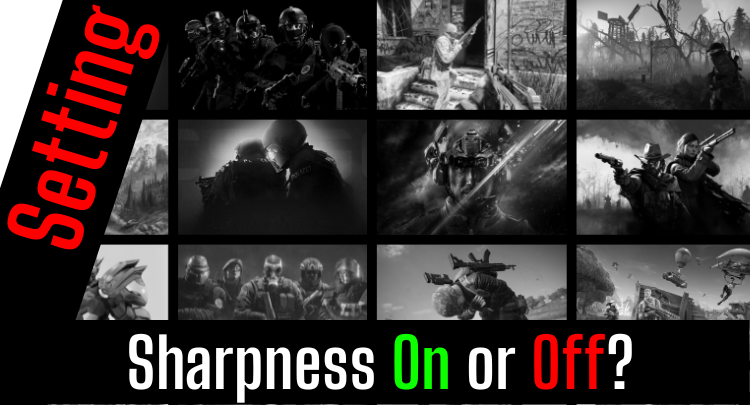 There are always two types of gamers in the gaming scene. Some have no idea about software and hardware and just play the game, while others are constantly tinkering with their system and trying to get every little advantage.

It has always bothered me that an opponent might have a technical advantage in 1 vs. 1. That’s why I’ve always looked at all possible settings and spent a lot of time researching and testing to get the best out of my existing hardware.

Of course, the right settings don’t make you a superstar. Your talent, skills, and experience do.

But the thought that my system is running optimally and therefore it only depends on my abilities and those of the opponent has always given me a better feeling and more self-confidence because I did everything that could positively influence my performance.

I knew that I was, therefore, difficult to beat.

We’ve already covered various setting options on our blog, and you can find our previous articles on these topics here.

Today we’ll talk about sharpening, which is available as a setting in the graphics settings in many first-person shooters and is also offered on most monitors and in the NVIDIA Control Panel.

What Does Image Sharpness Or Sharpening Do In A Game?

Here are a few common questions most gamers have about the impact of image sharpness on FPS and input lag in games.

Image sharpness is an important feature of modern games because the sharper an image is, the better the gameplay looks.

However, it should be noted that increasing the image sharpness beyond a certain level will cause the image to become grainy and the quality to deteriorate instead of looking better.

The answer to the question of whether sharpening decreases the FPS in the game can be answered with a clear “yes”.

The FPS can drop by up to 20%, always depending on your hardware and the respective game, of course. However, there are also games where the increase in game sharpness has no significant influence on the FPS.

But basically, sharpening is an additional process your system has to run after it has already rendered the image. So extra load on your system can always lead to less FPS.

Again, in simplistic terms, anything that requires additional processing power from your computer will cause lag or delay.

However, the human eye is not so sensitive that it can detect even the smallest delays.

If you change the sharpness setting only slightly, it won’t make any difference to almost all players, except that it makes the gaming experience more visually appealing.

If you use a high-sensitivity meter, you can measure the delay because it is 1 or 2 ms.

So, to sum up, the in-game sharpness does not cause any noticeable lag, and you can enjoy your games with a higher sharpness without compromising.

What Does Monitor Sharpness Or Sharpening Do In A Game?

Let’s now look at a few more questions, but this time about monitor sharpness.

Your monitor displays the content that the CPU and GPU have processed. When you increase the monitor sharpness, you only change the monitor’s display settings, not those of the CPU. So, in principle, it is only an optical illusion.

This means that while increasing monitor sharpness makes a visual difference, it does not affect background processing.

So if there is no additional processing by the CPU or GPU, this will not affect the FPS.

This means that increasing the sharpness on your monitor can’t result in FPS drops either.

Because if you change the sharpness settings of your monitor, the effect will simply be shown to you by the monitor.

Lag occurs when the computer has to process more information than it can handle at that moment. In this case, however, no additional processing is performed by the CPU, but the monitor’s sharpness is changed so that lag does not increase.

For example, if you increase or decrease the brightness of your monitor, what you see will change, but the computer’s processing power will not be affected.

Thus, the monitor’s sharpness does not influence the input lag.

The following image clearly shows the difference between sharpness on and off.

Focus on the planet. If you compare the two images side by side, you can see the difference between the situations.

However, this image provides us with much more information than just the visual representation.

The additional 186 MB of RAM is used to store the extra information that is displayed to players.

That being said, you can see that the FPS drops from 84 to 76 with sharpening enabled. That’s a drop of about 9%, which is within the 20% limit when sharpening is enabled, as mentioned earlier in this article.

The frame rate also changes only slightly, jumping from 12.5 ms to 13.1 ms. We have already discussed that such a small change is not perceptible to the human eye, so that the effect will be noticeable to almost no one.

When sharpening is enabled, the temperature of the CPU and GPU also increases.

This means that the hardware feels the effect when sharpening is activated.

Advantages Of Turning On Sharpening

Disadvantages Of Turning On The Sharpening

Final Thoughts – Should I Turn Sharpness On Or Off For FPS Games?

Well, that’s a matter of personal choice. Those who have read my previous articles on graphics settings know that I am a minimalist in graphics settings (like almost every competitive or pro gamer), always careful not to lose FPS or create unnecessary input lag.

Unlike other graphics settings, sharpening usually doesn’t cost a lot of FPS (depending on the game and your hardware) and hardly creates any input lag, but it can also help you to recognize enemies in first-person shooters.

So if the sharpening feature helps you, use it. If not, don’t. For example, I have over 6,000 hours of gameplay in PUBG, and when I enable sharpening there, my eyes hurt after a short time because the image is too grainy for me. But I know other good players who use anti-aliasing in combination with sharpening, for example.

Everyone has to find out for themselves whether sharpening is something for them.

You can use the sharpness on the monitor to your taste without hesitation anyway.

In most games, the sharpness setting is already enabled and set to a moderate level, which works well for most players.

The sharpening setting in the NVIDIA control panel works pretty much the same as the in-game setting. The following 3 pictures show the difference when you select different options:

You can see that as the strength increases, the image becomes clearer and more realistic, and even the smallest details come out better.

Difference In Substantial In Screenshots

It’s important to mention that by turning on the sharpness, you may not notice a big difference while playing, but you will definitely feel it when taking screenshots and sharing them with your friends.

Sharpening an image improves its appearance, but there are cases where it actually worsens the image.

Some people believe that sharpness algorithms are better suited for real photos than for computer-generated images because of the way they work.

Since there is a lot of computer-generated artificial geometry in video games, such people don’t like the result of the process. If you are one of these people and take screenshots often, sharpening might not be so good for you.

However, there is a feature called “Ignore Film Grain” that prevents the image from being sharpened too much. You can use this feature to reduce the grain in the images and still make them look better.