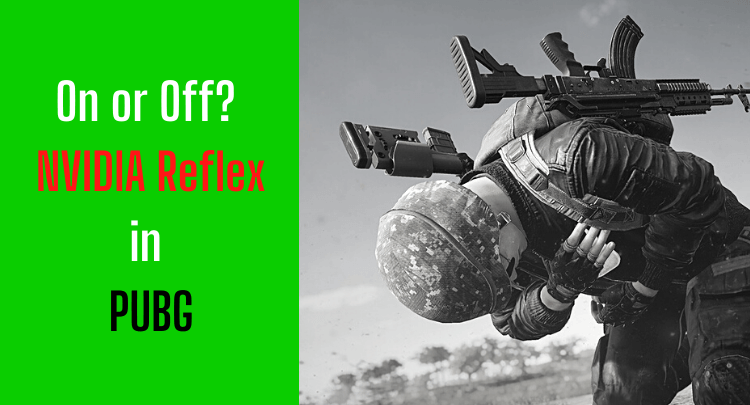 NVIDIA Reflex came out as a new feature in September 2020 and should reduce latency tremendously.

Of course, you’re wondering what NVIDIA Reflex will do for your performance in PlayerUnknown’s Battlegrounds (PUBG).

Should I Turn NVIDIA Reflex Latency Mode On in PUBG?

Currently, PUBG does not support this feature. In general, Enable NVIDIA Reflex Latency Mode in an FPS Shooter if the game is fully utilizing your graphics card. As a result, the average latency is reduced by up to 30ms, depending on all system components. Of course, the higher the graphics quality set, the greater the load on the graphics card, and the more significant the latency reduction.

Should I Turn NVIDIA Reflex Latency Mode On with Boost in PUBG?

Currently, PUBG does not support this feature. In general, the boost function is only recommended for high-end graphics cards. This is because the performance of the graphics card is kept artificially high. This leads to significantly more waste heat and a shorter hardware lifetime. The latency reduction is marginal compared to the activation without Boost.

How to Turn NVIDIA Reflex Latency Mode On in PUBG

As soon as PUBG supports the feature, we will update this post and give you a step-by-step guide here.

At best, an FPS Shooter feels smoother, and your aiming becomes a tiny bit more accurate. At worst, nothing changes.

Unfortunately, the feature has not been implemented yet.