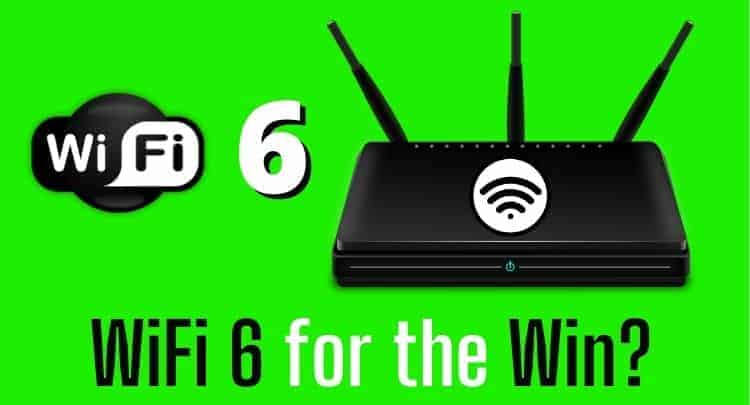 In this post, we will introduce you to the new WiFi 6. In particular, we will examine how the new network protocol standard positively affects gaming, how you can switch to WiFi 6, and what you have to consider when using it. We also discuss the direct connection question – should you buy a gaming router? In the beginning, we start with a simplified answer to the question of whether WiFi 6 is better for gaming.

WiFi 6 improves the communication between the router and gaming device under optimal initial conditions compared to older network standards. The greatest performance increase is achieved when multiple devices share the network bandwidth. If gaming has to be done over WiFi, you should switch to wiFi 6.

Unfortunately, we only have optimal conditions in very few cases. So let’s start at the beginning with this topic.

WiFi 6 (802.11ax) is the newest wireless networking protocol that offers significantly increased speed and enhanced reliability – for a better internet experience. WiFi 6 was developed by the 802.11 working group, which develops and maintains new networking standards for computers and other Internet-connected devices, such as smartphones and tablets.

What are the Differences WiFi 6 vs WiFi 5?

Another new feature that was not available with WiFi 5 but will be available in WiFi 6 is called “fully connected mesh network,” which means that every device on a WiFi network can communicate with each other rather than being limited to just communicating with the router or access point.

The last main difference is that WiFi 6 communicates on the 60 GHz frequency band. This may seem like a weird thing, but it is essential. The higher the device’s frequency, the more data it can transmit and receive at once, and 60 GHz allows for an immense speed. Because 60 GHz is a newer technology and very few devices currently take advantage of it, there are not many routers that support it, which is why WiFi 6 devices will be backward compatible with WiFi 5, 4, 3, 2, etc., so you will be able to use all of your old devices even if your router does not support WiFi 6.

What Do I Need to Make WiFi 6 Work?

How easy will it be to upgrade my router? Updating your router is very simple! Most routers have an easily accessible firmware update page that you can access by navigating through your router’s settings menu. Update the firmware on your router to ensure that you are maximizing your wireless network’s capabilities! WiFi 6 will be backward compatible with previous WiFi versions, so you don’t need to worry about whether your devices will work with WiFi 6. Updating your router to use the newest WiFi standard should be completely seamless and not cost you anything extra in terms of time or money.

The most significant benefit of 802.11ax is improved speed and range compared to 802.11ac, which means lower latency and fewer dropped packets. In addition, the maximum rate of data transfer per second (Gbps) is also higher than 802.11ac’s capabilities, increasing the amount of bandwidth available to users for faster WiFi transmission rates and better video streaming performance.

As a whole, WiFi 6 technology is a crucial step forward in the evolution of WiFi to meet the needs of new digital services like voice over LTE (VoLTE), video calls over LTE, virtual reality, augmented reality applications, as well as self-driving cars, and more.

If your computer or console supports it, you can make sure that the router’s communication runs over the 2.4 GHz or the 5 GHz radio band. Tests have shown (e.g., here) that 5 GHz is much more stable. On the one hand, a more extensive range is possible, and on the other hand, the latency and the jitter value (packet loss) are smaller than 2.4 GHz.

So I can only recommend you to make sure that your computer or console-only communicates with the router over a 5 GHz channel.

Can I connect my WiFi 6 Router with 4G or 5G to the internet?

Technically, you can. No problem. However, your basic ping from your service provider will be around 40-80ms. Then you have to connect to the game server, and at best, you’ll have a fluctuating ping between 80-120ms. This is unacceptable for FPS games. Apart from that, you will also experience frequent disconnects or micro-stutters due to the high latency. This is not fun. However, it is sufficient for other game genres.

There are still gamers who would never play over WiFi because a wired connection has the better ping. But, as the tests on this page prove, we are talking about a negligible 1-4ms.

Many devices labeled “gaming”, such as gaming mouse, gaming keyboard, gaming headset, etc., are not technically very different from normal devices. Of course, there are exceptions of devices designed specifically for gamers (for example, the XM1 Gaming Mouse), but many stick an RGB light to it and paste the label “gaming” on it.

Unfortunately, it’s no different for gaming routers. More antennas, stronger antennas, more cache, more slots, cooler software, and RGB lights – wow, that has to be better, right? Wrong. A regular router will give you exactly the same latency as a gaming router. Everything is the same up to your Internet service provider.

From there on, it can make sense to buy a router like the ASUS AC 3100 (RT-AC88U) with WTFast technology.

Does a Router With WTFast Improve the Connection?

WTFast (click this link for more information) improves your connection for certain games that are supported. For example, WPFast supports CS:GO in the FPS genre. WTFast directly intervenes in connecting to the corresponding game server and routes your traffic over the fastest route. If you connect to a game over the Internet without WTFast, no one can guarantee that your data packets won’t take even a slight detour.

WTFast guarantees you the fastest route and, therefore, the lowest latency possible with your internet connection. However, this technology can’t do witchcraft either. If your Internet service provider or Internet connection is slow or unstable, this technology won’t do much good. On the other hand, with fiber and a ping of less than 10ms, you won’t suddenly have 1ms latency.

The optimization possibilities are exhausted at this point. Unfortunately, you can only try it out to see if you benefit from it.

What is a Mesh WiFi System?

Before there was mesh technology, the WiFi signal got extended with repeaters. Although this solved the range problem in the farthest corner of the living room, it triggered another problem. The transmitted bandwidth is halved with each repeater. So after the first repeater, only half of the bandwidth arrives. If a second repeater is used, the end device only reaches a quarter of the original bandwidth.

Almost all games don’t need a lot of bandwidth, so this isn’t so bad in that respect. Mostly the updates, which can be a few gigabytes in size nowadays, cause trouble for gamers.

Mesh solves this problem and forwards the WiFi signal with full bandwidth. So if you have a router that is hard to reach, then, by all means, use a mesh range extender and not a simple WiFi repeater. There are actually no quality differences in mesh repeaters because they simply split and forward the signal. This one from NETGEAR, for example, is reasonably priced.

Just check out a few on Amazon. Over $200 is overkill, though.

Another advantage is that the mesh devices act transparently for the end devices, i.e., a mobile device such as your cell phone always automatically has the best connection because it automatically connects to the best available mesh device. A kind of handover takes place in the background, as mesh devices exchange data continuously. This is undoubtedly only interesting for you if you do mobile gaming at different locations.

All modern routers on the market now support mesh technology.

Which Router Connection for Better Gaming?

First rule: If you can prevent a connection via WiFi, then do so. If possible, always connect via cable.

As an IT architect, I advise you to do this for a simple technical reason: Data packets can get lost during wireless transmission and have to be resent. However, with shooters using UDP as protocol (pretty much all of them on the market do), it is different because the packets are simply lost. Losing packets leads to latencies and, in the worst case, to micro-jerks or disconnections with servers.

Of course, if you have no choice but to play over WiFi, then heed the following tips:

WiFi 6 can improve your connection if you share the network with other people or devices or any other WiFi networks around you. However, the higher speed will not have a positive effect on the low data throughput of games.

Also, no gaming router will help you in most cases. Ultimately, WiFi is a radio transmission, and the latencies and packet losses occur between the transmitter and receiver. For games that use the UDP protocol (mainly first-person shooters), antennas adjusted to the device can increase the stability of the connection.

Nevertheless, FPS players should always connect to the cable connection if possible. 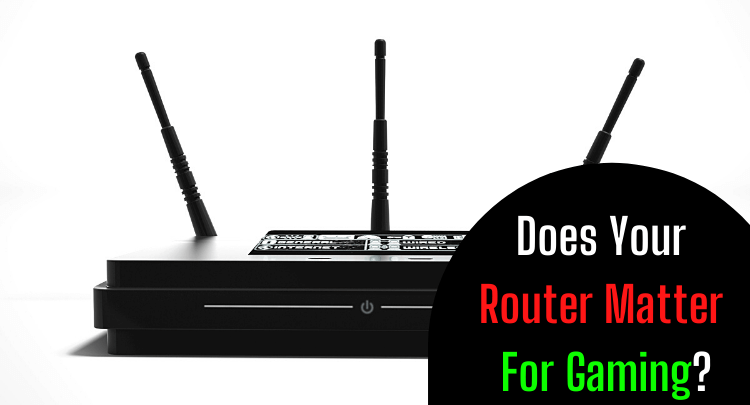 Does My Router Matter For Gaming? Things You SHOULD Know (2022)
Read More
raiseyourskillz.com