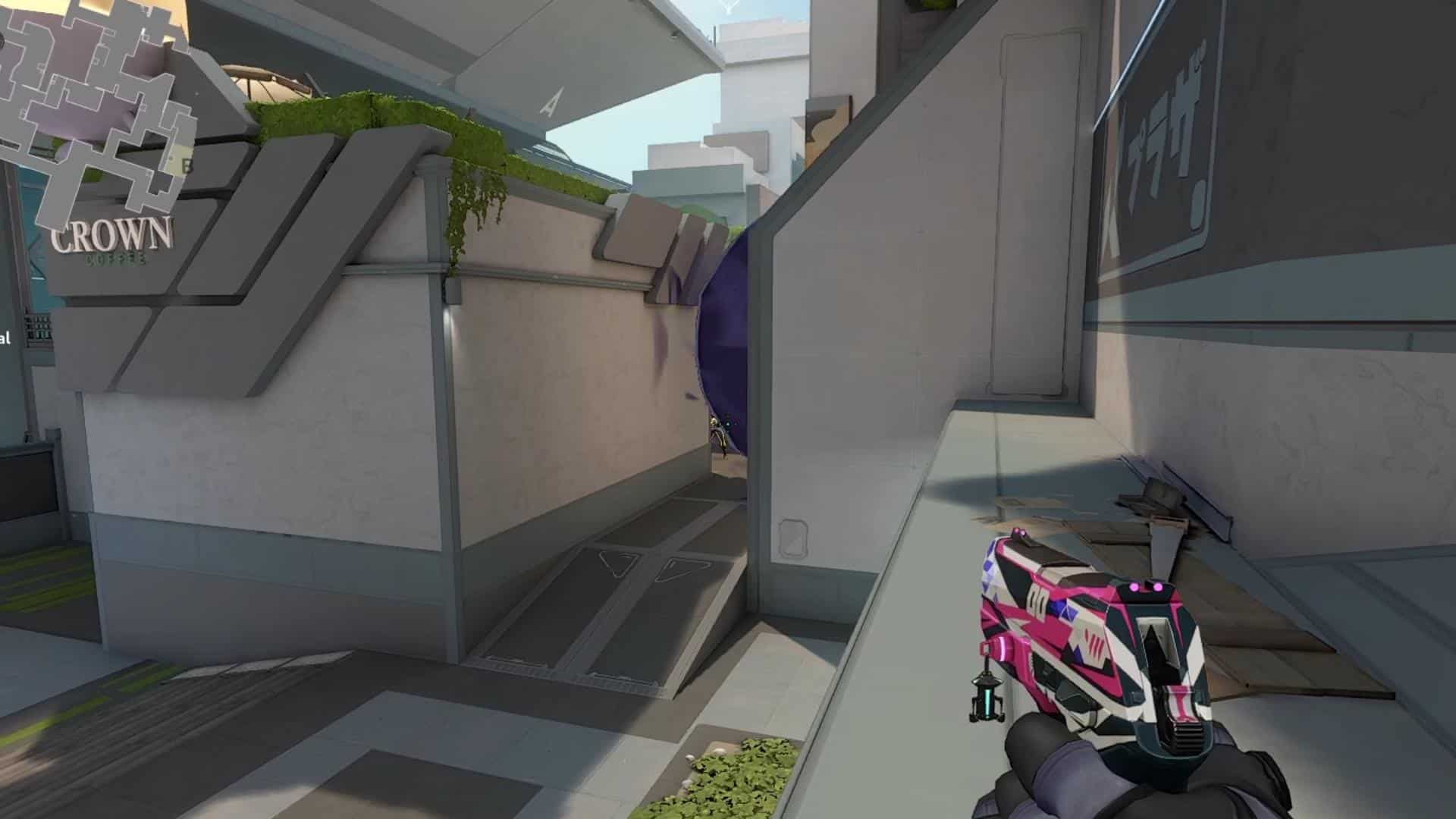 In this article, we will show you how to counter the dreaded One-Way Smokes in Valorant effectively.

One-way smokes can be countered with several plays. Either one smokes passively against it and takes the opponent’s view, or one actively attacks the opponent using the agents’ abilities (e.g., ultimates and walls).

On high ELO, it will often happen to you as an attacker; you peek around the corner and see a one-way smoke. There are only two possibilities in this situation for many people, just run through and hope for the best or go another way.

But is this the best solution? Can one-way smokes not be countered somehow?

My main agent is Omen, and therefore I like to use one-way smokes.

I keep seeing opponents trying to rush through, or there are whole matches where nobody dares to go through the corridor I’ve smoked.

If you have slaughtered them in a desperate push attempt, you will have the respect of your opponents.

But on high ELO or against well-rehearsed teams, it happens that people try to counter my one-way smokes. I have to say that this happens so rarely that I’m actually surprised by it most of the time. I would advise you not to be afraid of trying to use the opponent’s one-way smoke to your advantage now and then.

This could crush the opponent’s entire defense concept.

How Do I Use One-Way Counter-Smokes Correctly?

The easiest way to neutralize a one-way smoke is to throw a smoke so that the opponent can’t see through the one-way smoke.

So you can move along behind the one-way smoke. But, of course, your opponent will often start to shoot blind because you don’t need to be a genius to see your smoke’s intention.

Furthermore, this approach only makes sense if you plan a coordinated push using additional abilities or move another way and avoid the one-way smoke.

All in all, a very predictable tactic, easy to see through, and therefore to be used with caution.

But in certain situations, this variant has its right to exist, e.g., if you know that there is only one opponent on the bombspot, who can only take on a superior number of opponents because of the one-way smoke.

The big advantage is that you don’t need a real smoker (Omen, Brimstone, Viper) as an agent for this, but you can use Jett with her fast smokes and a Cypher with his cages.

You can also keep the enemies a little bit busy and prevent them from rotating. Now they can’t get information easily about which bombspot you want to go to. So this action can also be used as a fake.

However, a more promising approach for a direct attack is to smoke off the positions from which the opponents can use the one-way smoke.

This forces the opponents to reposition themselves and opens a short time window for you and your team in which the chances of success for a coordinated push increase significantly.

Be sure to smoke all positions from which your opponents can use the one-way smoke, otherwise, it was a great plan, but it can be destroyed very quickly by a single opponent.

How Do I Use My Agent’s Abilities to Bypass One Way Smokes?

Apart from Smokes as a counter play, you can also use other abilities against One Way Smokes.

Some agents can move faster than others through their abilities. Especially Jett and Raze, which can move so fast that they can overcome the one-way smoke without the opponents reacting.

A well-placed Viper or Phoenix wall that blocks the enemy’s view is also a possibility. A Breach that uses three quick flashes in a row through the walls to drive the enemies away, covering the one-way smoke, can also change the situation to your advantage.

All of these variations are not exactly suitable for solo play. Instead, they should be executed in coordination with your team in the form of a push or similar because otherwise, the effect quickly fizzles out.

However, if you’re playing Sage, you can use a well-placed wall to get a good view of your opponents and maybe get an entry frag.

Which Ultimates Can I Use Against One Way Smokes and How Do I Do it Best?

Probably the most exciting way to counter one-way smokes is to use some ultimate skills.

The use of one-way smokes is very dangerous for the opponents because you, as the attacker, know where the opponents have to stand (or as a good player, you should at least know that ;-)).

This provides an easy target for some ultimates.

All these options offer the chance for a relatively easy entry frag and give your team an immediate advantage for the round.

You could also use some other ultimates to get the enemy out of the comfort zone. However, there might be no chance for a direct entry frag like Breach or Skye’s ultimate abilities.

Next time you are confronted with a one-way smoke of the opponent, pay attention to these possibilities. Consider if you or your teammates with the appropriate abilities can use the situation to your advantage.

Playing against one-way smokes is unpleasant, but they are not insurmountable. With some practice and experience, you can even use them to your advantage sometimes.

In any case, you should avoid doing what your opponent wants you to do, which is to avoid the paths completely or rush through them because this will reduce your team’s chances of success considerably.

Suppose you are interested in Valorant and other multiplayer shooters and like to watch English guides on YouTube. In that case, we have the 60 seconds blitz-guide “Counter One-Way Smokes [Blitz-Guide]” for this blog article. So have fun, and don’t forget to follow our channel for more guides!

Ah, hold on. Would you like to learn more about Smokes in Valorant? For example, how to best use them? Then please read on here.