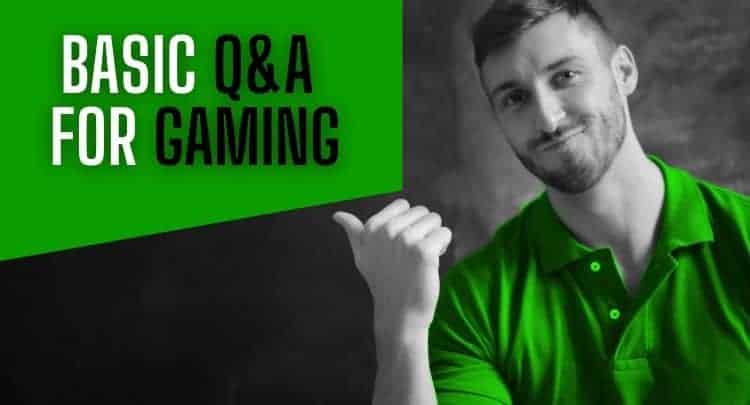 This post is a little unusual because it will grow with gaming questions and answers as time goes on.

Here we will post any mini and fundamental questions about gaming. No question is too stupid. Everything will be answered.

What is a Noob in Video Gaming?

A noob (aka newbie) is an inexperienced player who doesn’t know how to play the game well yet. A gamer can become a noob when he or she starts playing the game but may also acquire the term from veterans through negative play or general behavior.

What does BSoD Stand for?

BSoD stands for Blue Screen Of Death. Computers would often freeze before displaying this error message. The frozen screens were jokingly referred to as “Blue Screens of Death” because they often interrupt while using their computers or playing games.

What does GG Mean in Chat?

GG stands for ‘good game.’ When used as a good-luck phrase, it is often said at the end of a video game match to congratulate their teammate or opponent on a hard-fought victory. In other cases, it can be seen as an insincere expression of politeness extended toward an opponent following a crushing defeat.

Is a Gaming Monitor With More Than 60Hz Worth it?

Gamers can register much more than 60 frames per second. There are some advantages to playing with more Hz. We covered this topic in this post: Why Is FPS Important in Gaming?